Climate change and the need for mitigation efforts for disaster control have resulted in more federal funding available for public entities throughout the U.S.

The Federal Emergency Management Agency (FEMA) soon will distribute up to $500 million from a new Building Resilient Infrastructure and Communities (BRIC) grant program for pre-disaster mitigation projects. The funding is available for public officials at the state and local levels of government.

Contractors interested in this type of work should monitor regional funding requests because they are tied to planned projects. A few examples of upcoming projects follow.

The cities of Centreville, Cahokia, and Alorton will merge to become Cahokia Heights later this year. While that will please local community leaders, there’s a bit of sobering news as well. There is a significant problem related to major flood trouble zones, and a $22 million grant application has been submitted to the new FEMA program. If granted, the city will use the funding for projects related to sewer work, new pump stations, and other upgrades. Construction will begin soon if the funding is approved.

There is similar activity in Louisiana. The Louisiana Coastal Protection and Restoration Authority’s budget for fiscal 2022, which starts July 1, outlines a spending plan for $887 million for projects along the state’s coastline. At least 71 percent of the funding is earmarked for construction projects related to flood mitigation.

Construction is slated for early 2022 on a $162 million Terrebonne Basin Ridge and Marsh Creation Project. The project is designed to restore and maintain approximately 1,430 acres of eroding saltwater marsh and 80 acres of earthen ridge of the Bayou Terrebonne.

Another project with projected costs at more than $108 million will be launched to rebuild marshes and oyster reefs around Lake Borgne, the Golden Triangle area, and areas of the Biloxi Marsh shoreline.

In Plaquemines Parish, $75 million has been designated for the Barataria Basin Ridge and Marsh Restoration Project and $50 million is tagged for work on the Mid-Barataria and Mid-Breton sediment diversions. These projects are related to an ongoing effort to prevent the bottom third of the state from disappearing into the Gulf of Mexico.

The city of Bentonville will ask residents in April to approve $266 million in bonds for critical projects to reduce flooding. Prioritized projects are all related to flood mitigation. Most of the projects are located in the downtown area because of higher density housing. The projects will include work related to curbs, gutters, inlets, pipes, ponds, channels, and streams.

The Texas General Land Office recently approved $135.4 million in flood mitigation projects in a second round of grant funding. This is part of agency’s $2.3 billion regional mitigation program, which began in 2016 to protect environments from future damage from hurricanes, flooding, and other disasters.

Hidalgo County will receive almost $10 million for flood mitigation projects. One project directly impacted by the funds is the expansion of the main floodwater channel that will add millions of cubic yards to the system’s water capacity. This effort’s goal is to limit flooding in Hidalgo County and other portions of the Rio Grande Valley.

The city of Houston will receive $8.2 million for its Alief Forest Area Flood Mitigation Project that will reconfigure Boone and Hackberry parks. This work is necessary to detain stormwater and reduce flood risk in surrounding areas located in the 100-year floodplain.

The city of Eastland was approved for $10 million to conduct dam repairs. This project will involve vegetation removal from spillway areas and reconstruction of the spillway at Lake Eastland.

Legislation has been introduced in Florida, HB 7019 and HB 7021, to invest $100 million per year into mitigation for sea-level rise and flooding. The Resilient Florida Grant Program would have the state commit millions of dollars to tackle flooding issues and to provide assistance to local municipalities in combatting specific risks and vulnerabilities. The bill requires the Department of Environmental Protection to start tracking flood vulnerability and sea-level rise on an ongoing basis. Data collected would be used for reports to the governor and legislature.

Rehabilitation work on dams within the Guadalupe Flood Retarding Structure to replace and upgrade the intake structures. The estimated project cost is $15.8 million.

The Ellsworth and McKellips Road project will likely involve construction of a basin.

An $18.1 million project for Circle K Park will involve construction of a 35 acre-foot detention basin.

Flood protection improvements are planned with a projected cost of $63 million to protect homes, schools, businesses, and roadways from flooding risks resulting from a 20-year flood event.

A $95 million project to design and construct improvements along the Guadalupe River is planned. This work would restore the 100-year flood conveyance capacity to provide some degree of flood protection.

Improvement projects related to the Lower Penitencia Creek are projected at a cost of $28 million. The work will be designed to maintain existing FEMA accreditation along the east levee located between California Circle and Berryessa Creek.

The new BRIC funding is only one of several grant programs designed to help finance projects that protect the country from the ravages of climate change. 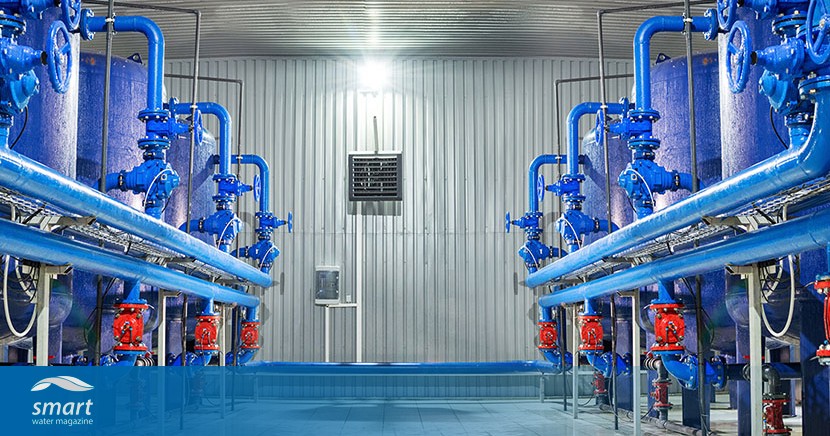