Carlos Cosín at INVESTAGUA: “There has never been so much appetite for financing the water sector”


On the first day of the INVESTAGUA event, Carlos Cosín, CEO of Almar Water Solutions, gave a talk on public and private investment for the development of water infrastructure, particularly in Spain and Latin America, touching as well on other issues such as innovation, education, and the value of water.

Carlos Cosín started by talking about the scenario in Spain: “The scenario in Spain is one of optimal prospects to achieve a balance between water security and environmental protection, as we have never seen before”, and for that we need three pillars.

The first one, according to Mr Cosín, is “progressive water resource planning, to provide an updated picture of the major water management challenges in Spain”.

“We have an assessment of the health of our ecosystem”, and it tell us that “we are not healthy and need to heal” in a context of climate change adaptation. He added that we have not been able to make use of water resource planning tools.

He identified a second pillar, which is “the difficulty to channel economic resources towards the implementation of measures outlined in water resource planning”. And he pointed out that “there are funds in the private sector”, also noting the European recovery funds. “These European funds are an injection of resources, and they should have a leveraging effect, so that others join in and all together we can get further”. Mr Cosín has urged action in line with the commitments in the 2030 Agenda. “We have to move forward, because water is playing a major role in the political multicultural agenda which it did not have before; it is now included in the messages of ministers of environment, linked to ministers of finance and economic affairs, the same as it happened with climate change”.

The third pillar is the role of water in the political agenda. “Countries like Israel or Singapore have put water at the top of their political agenda, something that Spain has not done […] In Spain we have not been able to prioritise water investments, in spite of the situation around water resources and the fact they are a major concern in Spain”, and as a climate change scenario is surfacing.  And he compared the regulatory settings: “I don’t think those countries have had fewer problems than Spain; they have not given any excuses not to address them”, they have dealt with the issues. Those countries are at a point where they can lead the sector, unlike Spain. “In Spain there has not been political will, unlike in other countries, to implement water policies to safeguard resources”.

Finally, Carlos Cosín has taken a look at the future, mentioning for example ecological flows: in a few years, it will be more difficult to recover them. He also talked about reclamation in pioneering regions in Spain, such as Murcia, or in other countries like in the north of Chile and Peru, in Egypt, or in islands in Asia-Pacific, where “the traditional way of doing things is changing”.

Progress will be possible “only with political will and public awareness” he said. Concerning the latter, he has emphasised education, specifically to differentiate between the value and the price of the resource.

Innovation is another tool at hand to achieve this progress. He believes “we are very far from the levels” of investment in innovation that the water sector should have, which should be in the range of “1 to 3%”.  He then referred to digitalisation and renewable energies, where “more can be done” because “it is key to lower the costs” of water distribution.

To conclude, he stated that funds must be “spent and bring along private financing”, adding that they are “short-term resources and long term solutions are needed”. Secondly, “technology is our ally, but without political will we will stay right where we are”. Carlos Cosín called on the Minister for the Ecological Transition of Spain, Teresa Ribera, to address the energy regulatory framework, and thus promote the generation of renewable energies, reducing costs, improving competitiveness and guaranteeing the availability of water at reasonable prices”. Lastly, he commented on the role of private companies: “we will come along in this journey”.

Afterwards, responding to the questions by Alejandro Maceira, Director of iAgua and facilitator of the event, Carlos Cosín said “Spain does not have a clear state of affairs whereby private companies can help public companies work”, and “without a strong willingness to change that, we will not be able to do anything”. “That is the bottleneck Spain will encounter concerning the Next Generation funds, to ensure those investments are effective”. He also revealed that Seville is a candidate city to host the water reuse congress in the near future.

Almar Water Solutions is a company specialised in the development, promotion, financing, design and operation of water infrastructure for the municipal and industrial markets. 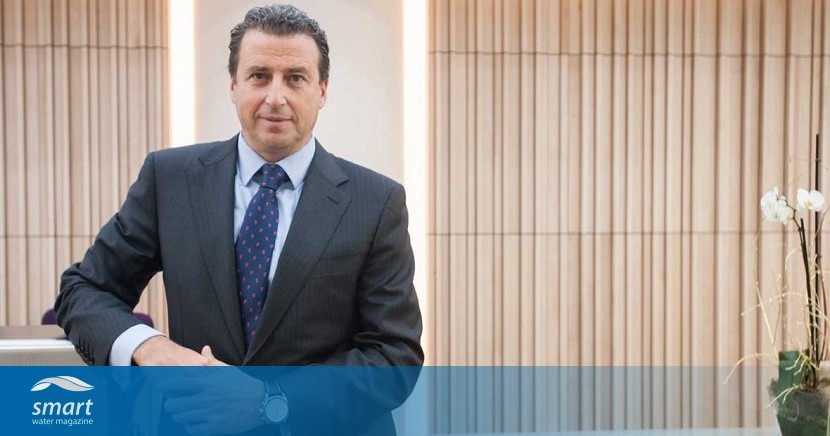