19 May 2021. The dialogue Climate and Environmental Change in the Mediterranean: Grasping the Scope of the Challenge will be held on 19 May (18h – 19:30h CET) through Zoom Platform and Live in YouTube channel of “La Caixa” Foundation/Palau Macaya. It will be the first session of conference cycle Med Dialogues + 2030. The Road to a more Sustainable and Climate Resilient Mediterranean, organised by European Institute of the Mediterranean (IEMed), Barcelona Office of the Club of Rome and “La Caixa” Foundation.

According to the First Mediterranean Assessment Report (MAR1) on Climate and Environmental Change prepared by the independent network of Mediterranean Experts on Climate and environmental Change (MedECC), the region is warming 20% faster than the global average, sea level rise may exceed 20 to 110 cm by the end of the century, while annual precipitation rates will considerably decrease. Climate change related phenomena, together with other human-induced drivers of environmental degradation of Mediterranean ecosystems pose significant challenges for marine and terrestrial ecosystems but also to human well-being in both shores of the Mediterranean, especially as regards water and food security.

The event aims at setting the scene of the conference cycle by presenting the state-of-the-art situation of climate and environmental change in the Mediterranean Basin.

The event will be simultaneously translated in English, French and Spanish.

Arnau Queralt i Bassa, Director of the Advisory Council for the Sustainable Development of Catalonia (CADS) 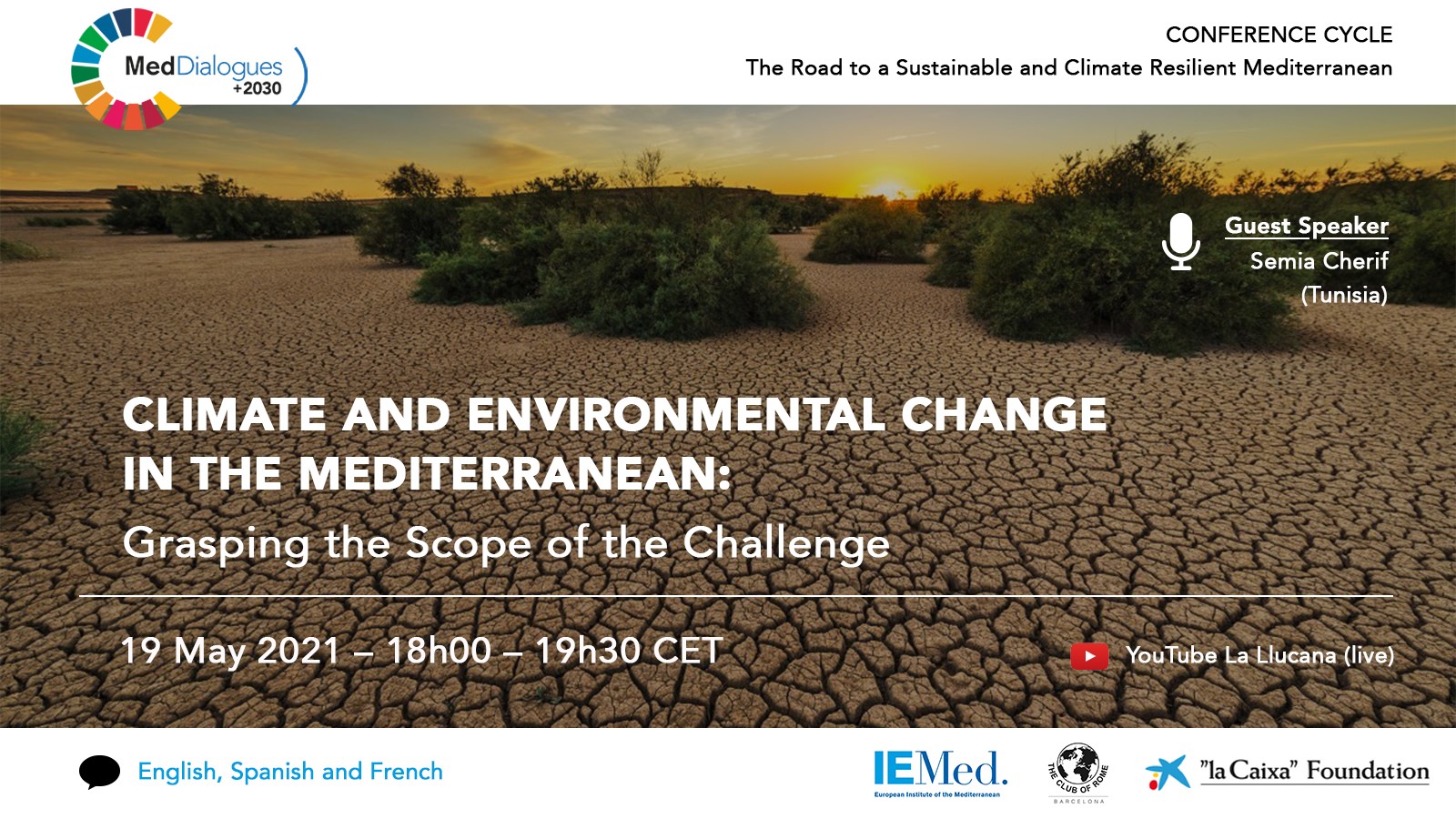