Millions of farmers, students, teachers, and people with special needs had their lives transformed through programmes financially supported by Expo 2020 Dubai. TheExpo Liveinitiative over the past five years has helped more than 5.8 million people around the globe through 140 programmes, including Compost Baladi, a Lebanese company that helps convert food waste and paper to compost; a Costa Rica company that uses bamboo instead of wood as its main raw material; and another organization in Colombia that uses technology to help low-income families formalize their property titles instead of depending on unreliable middlemen.

The grants from Expo ensured promising startups and entrepreneurs were able to break the “credibility barrier”, access additional capital, enhance their companies and reach more people. According to Yousuf Caires, Senior Vice President of Expo Live, the programme has supported the education of 611,000 people through online learning and improved thelivelihoodsof 760,000 farmers. “For many, the Expo Live grant was their first major investment, which started the ball rolling to attract more financial support farther down the line,” he said.

“The Expo Live team is delighted that our global innovators were successful in raising, on average, six times more in additional funding, enhancing their work, creating more positive impact.”

The startups also helped directly create employment for 3,000 people and create more than 160,000 jobs in the communities they serve. Mr Caires said the projects showed that social entrepreneurship could be a powerful instrument for positive change: “Our global innovators remind us that creating a radically better future requires collective action, determination and relentless optimism,” he said.

Under the Expo’s “global innovators” scheme, people and companies were chosen from more than 11,000 applicants from184 nationswith the goal to “make the world a better place”. The projects have helped more than one million people receive medical aid and counselling during the pandemic. Applications have beenevaluatedsince 2016 by a team at Expo and grants of $100,000 to $500,000 awarded to organizations from 76 countries. The work has touched lives in marginalised and low-income communities and backed sustainable schemes. Trees have been replanted on land affected by deforestation, an area of 3.6 million hectares, which is about the size of Belgium.

Companies chosen include Suyo, in Colombia, which uses technology to help low-income families formalize their property titles instead of depending on middlemen. There was support for projects such as Bambu Pallet in Costa Rica, which uses bamboo instead of wood as the main raw material for pallets used for construction and flooring.

Marc Aoun, Co-founder and Chief Executive Officer of Compost Baladi, is one of the awardees visiting the Expo site this week. The Lebanese company has developed a patented solution for households, farmers, municipalities and companies to convert food waste and paper to compost and fertilizer. “The Expo grant allowed us to overcome a barrier every startup faces, which is credibility with larger stakeholders, such as municipalities,” Aoun said. He added: “Before, we worked with households and small farmers, but through the Expo we were able to commission two sites that we use not only to operate and provide service to 6,000 households, but also to show to other municipalities that this works”.

The company now has 200 customers, has contracts to set up composting stations for 18 municipalities in Lebanon and plans to expand to Jordan. The team uses shipping containers to collect food waste and converts it into fertilizer on site at villages, farms, residences and supermarkets in cities. This diverts the waste fromlandfill, reduces greenhouse gas emissions and avoids the use of tens of thousands of plastic bags.

“What is essential to success is that the organic waste is sorted at source. If that is not done, it’s near impossible to separate contaminants such as glass, batteries, hazardous and infectious waste from that bio waste and still make it usable in agriculture,” Mr. Aoun said.

The company will soon take a step further, using a tourist village of Byblos as the starting point. Waste generated from hotels and commercial establishments has been turned into compost and used by farmers. The farming community will now sell their organic produce to the hotel.

Being part of the Expo programme allows the company to promote its solutions and has opened it up to best practices in other countries.

“We are in our bubble of Lebanon and Jordan but there is so much potential out there,” Aoun said, adding: “This has helped us get a lot of exposure and it could convert into a lead that could potentially open up new markets to us.” 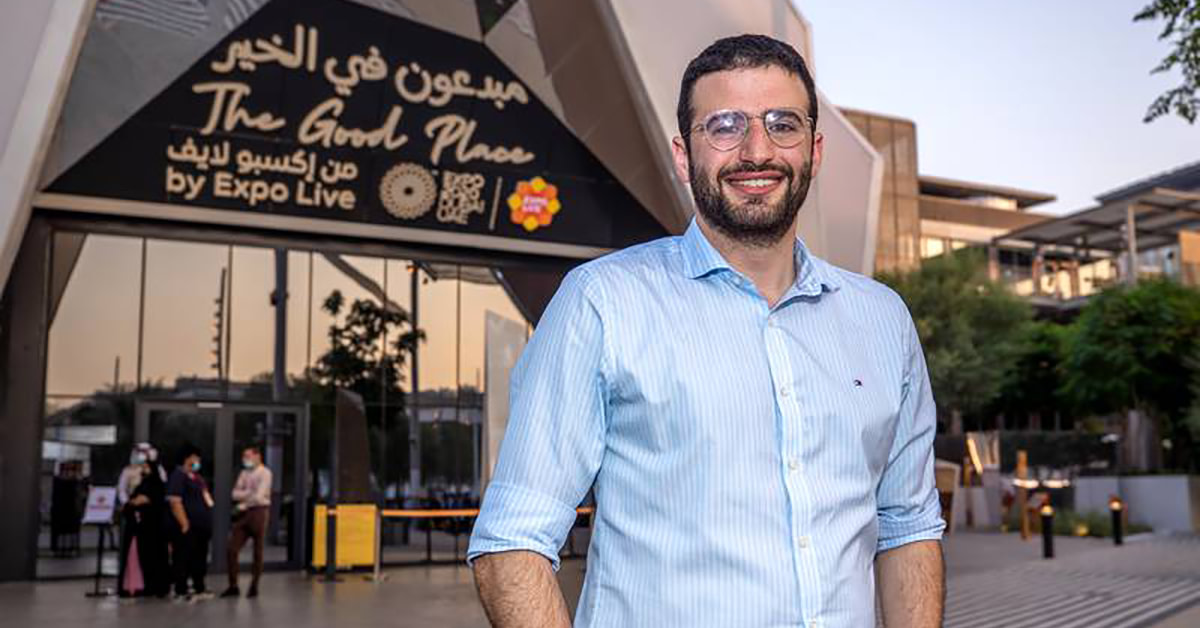