Through this partnership, Dijon metropole intends to optimize water prices for users while strengthening its capacity for investment and innovation in favor of the ecological transition and the protection of natural environments. Dijon metropole’s decision to opt for this kind of a public-private partnership stems from its desire to strengthen its control of costs and increase the involvement of public authorities in the management of water, a resource shared by all.

The public-private joint venture, owned by Dijon metropole (49%) and SUEZ Group (51%) will be chaired by Antoine Hoareau, Vice-Chairman of Dijon metropole and delegate for water and wastewater, as well as Geoffroy Deleval of SUEZ, in his role as General Manager of the SEMOP. Odivea is supported by more than 80 employees detached within the company and by the expertise of SUEZ.

In response to the challenges of the acceleration in climate change, Odivea is planning to invest €100 million over 9 years in favor of the energy and ecological transition. With the implementation of the Solidarity, Innovation and Sustainable Development Fund, Odivea will promote the emergence of new initiatives favoring the reduction of user water consumption and the protection of water resources.

Odivea aims to transform public water and wastewater services into energy-creating services. As of 2023, Dijon’s Eauvitale wastewater treatment plant will produce green gas through methanation from reused sludge, enabling the injection of nearly 10 GWh per year of biomethane to the metropole’s natural gas network. Thus, more than 300 tonnes of CO2 emissions will be avoided.

The creation of SEMOP strengthens the ambition to control water prices, with a decrease in the latter in 10 towns and cities, including Dijon. 86% of the region’s inhabitants will benefit3 from a decrease in their water bill, up to €79 per year based on annual consumption of 120 m3.

Prioritizing the protection of natural environments

Dijon metropole intends to strengthen the protection of natural environments, notably the protection of aquatic biodiversity. A new 15,000 m3 storage basin will be built on the site of the wastewater treatment plant in order to limit discharges in the natural environment. The project also includes the implementation of water micropollutants’ treatment and an extensive awareness program to reduce pollutant emissions at source.

The increase of one-third of the drinking water production capacity of Poncey-lès-Athée, the real-time management of resources based on their quality, “virtual sectorization” and the securing of the main inlet channels will contribute to a network efficiency objective of 90%, thereby saving 6.2 million m3 of water in 9 years, i.e. the equivalent • consumption of 12,000 inhabitants.

Odivea provides its users with smart water via the installation of 35,000 smart water meters offering new online • services such as consumption monitoring, billing based on actual consumption and leak alerts.

“This marks a new milestone in Odivea’s response to climate and environmental challenges. Through this unique company in France to manage water and wastewater, we will continue to innovate to build the ecological future for the metropole’s inhabitants while guaranteeing water prices much lower than the national average. A public-private partnership, like those that exist in other sectors enables optimization of major investments and enhances the efficiency of public services”. François Rebsamen, the mayor of Dijon and Chairman of Dijon metropole and former French government Minister.

Bertrand Camus ,Chief Executive Officer of SUEZ, said: “In an ecological reference territory, the first smart city in France fully committed to sustainable resource management, SUEZ is proud to once again work alongside Dijon metropole for the creation of this SEMOP, whose ambition is to become the reference for the water and wastewater services of tomorrow. SUEZ Group will provide its expertise, innovation capacity and know-how in complex system management, by supplying technical and human resources dedicated to the service of Dijon Metropole.” 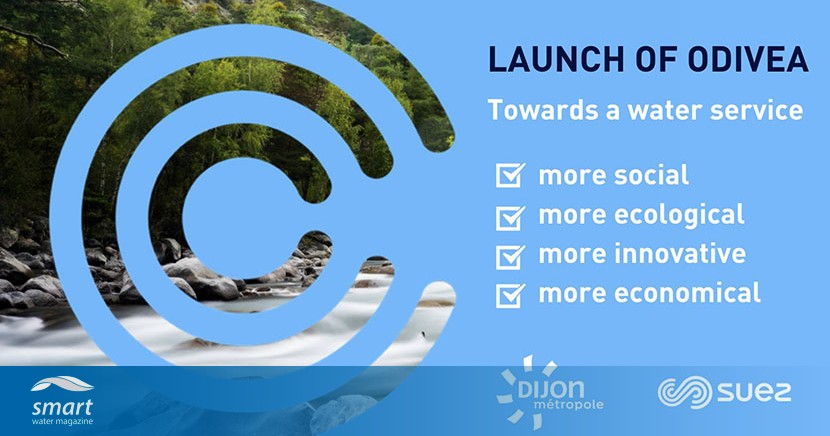