By focusing on secondary cities, the Bank is supporting the government’s efforts to achieve balanced development across the country, reducing geographical disparities to ensure greater regional equity. Sustainable cities are an absolute necessity given Senegal’s rapid urbanisation and high population pressure.

“The long-standing partnership between Senegal and the EIB spanning more than 55 years has secured long-term investment that is helping to improve lives and increase economic opportunities across our country. We know that we can count on the EIB’s support to implement the government’s priorities for the second phase of the Emerging Senegal Plan. In particular, we would like to thank the EIB for the emergency operational measures it has taken in response to the COVID-19 crisis. The Bank’s additional funding has enabled the government to free up the financing capacity it needs in this pandemic situation,” said Amadou Hott, Minister of the Economy, Planning and Cooperation.

“As the EU bank, the EIB is fulfilling its role as part of Team Europe in response to the COVID-19 crisis. The Bank has responded to these challenging times with four COVID-19 operations in 2020 totalling nearly €210 million and covering all aspects of resilience in Senegal (health, economy, social and environment), as demonstrated by the two water and waste management operations agreed today. Internationally, the COVAX initiative for equitable global access to COVID-19 vaccines is supported by Team Europe through a €400 million loan from the EIB and a €100 million grant from the European Union. In practice, this means that 1.3 million doses will be delivered to Senegal. On 19 February 2021, the European Union and the EIB announced their intention to double their contribution to the COVAX initiative to €1 billion,” said EIB President Werner Hoyer.

“One year on since the EIB’s Africa Day 2020, we are backing the sustainable development of secondary cities in Senegal. Six months ago, the tragic floods in Senegal illustrated the country’s vulnerability to extreme weather events, and the need for an integrated approach covering both water and solid waste. Today, the EIB’s fresh support for these two sectors is helping to preserve the environment and strengthen the country’s resilience to the pandemic and climate change,” said EIB Vice-President Ambroise Fayolle.

Both projects will help strengthen the country’s resilience to the ongoing pandemic and other future pandemics, particularly for vulnerable populations in suburban areas. Women responsible for domestic tasks related to waste and water will be among the beneficiaries as they make up a large number of waste-pickers, while access to water will preserve their privacy and increase the number of girls in education.

Strengthening drinking water supply to the cities of Saint-Louis, Kaolack and Kolda and accelerating subsidised connections across the country.

Thanks to this partnership entered into today between the Senegalese government and the EIB, the residents of three cities, i.e. 634 000 people, will have adequate access to drinking water. In addition, 35 000 connections (or 350 000 beneficiaries) will be subsidised across the country, on top of the 4 000 subsidised connections already planned for the three cities mentioned above. The EIB operation will help Senegal guarantee water “for all”, both in terms of quantity to cope with rapid population growth, and quality to mitigate water pollution, while promoting social and regional equity. Under the emergency operational measures adopted by the Bank in the context of the pandemic, the EIB will exceptionally finance 90% of the project costs, compared with the standard maximum of 50%.

The EIB-funded Senegal solid waste and COVID-19 project (Sénégal Déchets Solides & Covid-19) focuses on the regional components (north, centre and Casamance) of PROMOGED, the Senegal Integrated Solid Waste Management Project co-financed by the World Bank, AFD and AECID. The cities concerned should see a significant improvement, as the waste collection rate generally does not exceed 20-30%. The project will benefit 20% of the Senegalese population, or 3.2 million people. It is in line with President Macky Sall’s zero waste programme and will produce a range of positive effects for Senegal’s environment (less pollution of the air, soil, rivers and ocean), economy (particularly for the tourism and fisheries sectors) and general public (sanitation, health and scope for certain waste-pickers to join the formal economy). This is the EIB’s first operation in the sector in Senegal.

The EIB has supported long-term investment in Senegal since 1966. Its recent support has gone in particular to projects in the fields of water, solar energy, electrification (through SENELEC and especially in rural areas), healthcare, microfinance (through Baobab Senegal), as well as projects under the Economic and Social Resilience Programme. Millions of people have benefited from these EIB-backed investments. 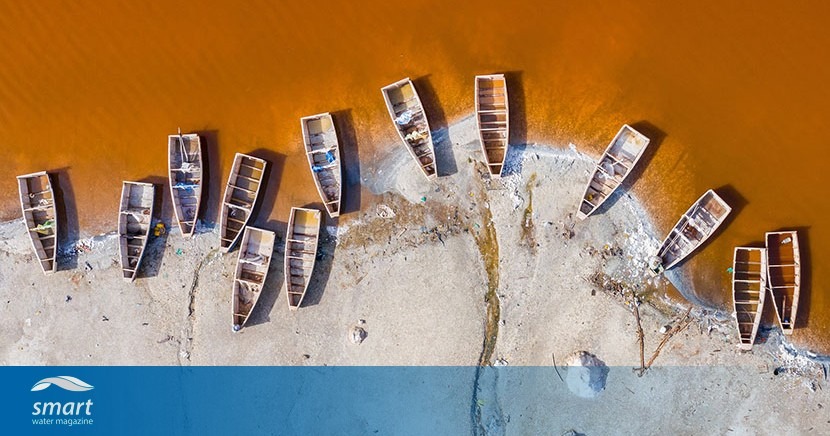