Researchers from Newcastle University, working with colleagues at King Mongkut’s University of Technology Thonburi (KMUTT) in Thailand and the Institute of Urban Environment of the Chinese Academy of Sciences, analysed samples of water and sediment taken from aquaculture ponds and nearby canals at five locations in central Thailand’s coastal region.

The research, which was part-funded by an institutional links grant awarded by the Newton Fund via the British Council, and which has been published in the Journal of Hazardous Materials, found that the highest prevalence of antimicrobial resistance (AMR) genes was in water from the Hua Krabue canal, originating in Bangkok. Faecal pollution markers were also high in these samples.

In comparison, they found a low number of AMR genes in all of the water and sediment samples collected from the aquaculture ponds.

Aquaculture is the fastest growing animal food production sector globally, and over 91% of global aquaculture is now produced in Asia. The worldwide increase in demand for farmed fish, shrimp and other shellfish has led to the widespread use of antibiotics in aquaculture, and there have been concerns that this is driving environmental AMR, threatening global food production systems.

In recent years, the Thai government has introduced measures aimed at tackling AMR in aquaculture including reducing the amount of antibiotics used in the industry and routinely monitoring antibiotic residues in aquaculture produce.

Dr David Werner, from Newcastle University, said: “We found no evidence that aquaculture is driving environmental AMR. In fact, the data suggests that small-scale aquaculture farmers are complying with Thai government One Health policies to reduce antimicrobial use in aquaculture.

“Wide and regular monitoring of environmental antibiotic resistance with high-throughput diagnostic tools can identify pollution hot-spots and sources to pinpoint the most effective countermeasures. This study provides a further line of evidence for the importance of safely managed sanitation for combatting antibiotic resistance. Currently only around half of total domestic wastewater in Thailand is treated, and our findings have identified an urgent need to improve urban sanitation in the country’s coastal aquaculture region, for the protection of global food production systems.”

The global spread of AMR is one of the greatest health threats to human, animal and environmental health. Without effective sanitation and adequate treatment of wastewater, bacteria can evolve quickly, increasing resistance to antibiotic medicines.

This has led to fears that so-called superbugs – bacteria that are resistant to all antibiotics – will compromise our ability to combat many new biological infections.

Reducing the spread of AMR is a World Health Organization (WHO) top five priority, and guidance published by the WHO in 2020 provides a framework for countries to create their own national action plans that suit their own particular regional setting. The guidance included contributions from Professor David Graham, also from Newcastle University, and reflects growing evidence, including research by Professor Graham, which suggests that the spread of AMR will not be solved by prudent antibiotic use alone and that environmental factors may be of equal or greater importance.

Professor Graham, who was also part of the team involved with this aquaculture study, said: “The only way we are going to win the fight against antibiotic resistance is to understand and act on all of the pathways that accelerate its spread. Although the types and drivers of resistance are diverse and vary by region and country, there are common roots to its spread – excess antibiotic use, pollution, poor water quality, and poor sanitation.

“This new work is crucial because it exemplifies how inadequate sanitation can affect the food supply, and may be among the strongest drivers of AMR spread.”

The work in Thailand is just one example of how experts from Newcastle University are working with scientists from countries including China, Malaysia, India, Ethiopia, Tanzania, and Nepal to track down the sources of waterborne hazards in rivers and their associated food production systems with the help of an innovative suitcase laboratory. By working together to carry out comprehensive water quality assessments, they are helping to address the global health challenges of safe water, safe food, and controlling AMR and infectious disease. 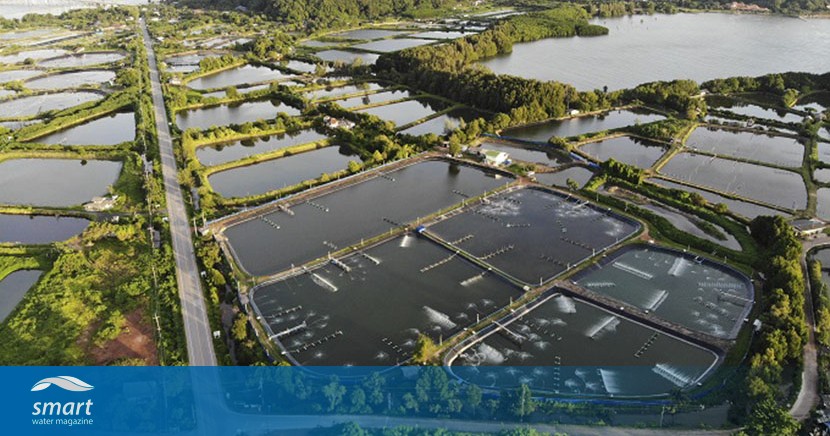