Henry Moreno at INVESTAGUA: “The IDB has $9 billion for WASH projects”


Henry Moreno, Water and Sanitation Principal Specialist at the Inter-American Development Bank (IDB) participated in the last session on investment plans in Latin America held at INVESTAGUA on April 20.

In this session, senior representatives from several Latin American countries outlined the investments planned for water infrastructure in the coming years.

Henry Moreno started explaining the great challenges ahead in Latin America and the Caribbean, where the progress made has not been enough, not only concerning access to water, but also concerning gender inequalities, technological transformation, etc. “There are 220 million people without access to safe water, 490 million without safe sanitation, and 19 million who practice open defecation”. Moreover, the latter has increased in cities in the past few years.

He also noted that “the situation is very different depending on the country. It is critical in some countries such as in Haiti, and it is exemplary in countries such as Chile; even so there are many inequalities. There are differences between urban and rural areas, particularly regarding sanitation”. He also mentioned economic disparities (wealthy people have better access to water).

As for the agenda in the region, Henry Moreno said that “SDG 6 poses great challenges in the region”. Concerning drinking water, “access to an improved source of drinking water went up to 95%, but with the new definition in the SDGs”, that progress would be only 65%, he explained.

Furthermore, in Latin America and the Caribbean there are efficiency issues, and “that leads to 200 million people with an intermittent service”. If we look at sanitation, the situation is much more dire: “With the MDGs progress reached 83%, but with the definition in the SDGs that percentage is down to 22%”.

Henry Moreno emphasised that “less than 20% of the wastewater undergoes adequate treatment”.

In terms of the main financing challenges, Henry Moreno said according to estimates, the region should be investing 0.34% of its GDP, but if non-revenue water is included, the investment would go up by 50%, and if asset management is also included, “we don’t know by what percentage the investment should increase”, he noted.

He also talked about the gap in resources, pointing out that “achieving the sustainable development goals would take until 2100”, and that to close that gap, $180 billion would necessary over the next 10 years. In the case of sanitation, it would imply investing $15 billion per year, whereas $5 billion would be needed for the drinking water supply.

In addition, Henry Moreno explained the region is heavily impacted by problems related to climate events, as well as pandemics.

And he mentioned where should investments go to: green and grey infrastructure, the water-energy-food nexus, and also addressing climate events.

On the other hand, Henry Moreno explained that “the bank has a framework for the sector with five themes that correspond to the challenges in the region”: achieving quality access to water resources, financing, governance, management of services and PPPs, and socio-environmental sustainability.

The IDB has a diversity of tools to help countries address those challenges, such as Aquarating, an instrument to improve the management of water and wastewater companies at the global level, which the bank applies in the region; and Hydrobid or water funds, which promote the creation of funds in the basins of the most vulnerable cities regarding water access.

“Currently we have 90 projects ongoing, worth $9 billion, of which $5.2 billion are pending disbursement” he explained in relation to the bank’s investments. In this regard, “70% of our resources go to urban and peri-urban areas, and 20% to rural areas”.

Concerning technical cooperation, the bank is the main partner in the region, with 107 projects and $80 million approved (38 pending disbursement), 47% of them for urban areas and the rest for rural areas, with most of the investment going to IWRM and sanitation. 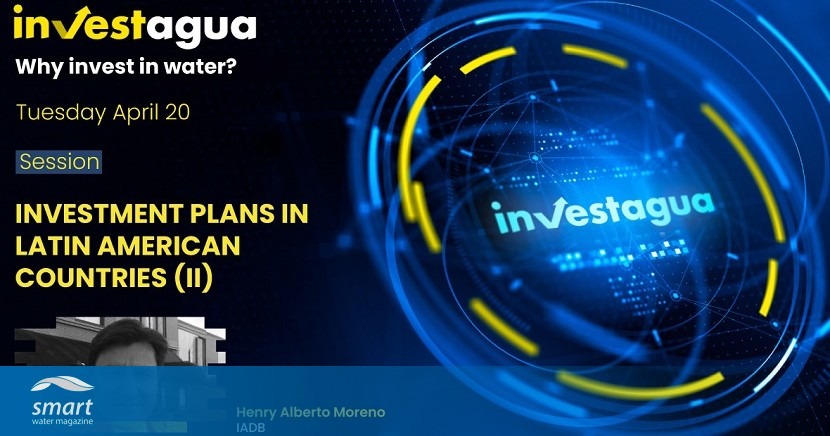