Latin America faces the challenge of improving access as well as the quality and affordability of water and sanitation services, and therefore investment is particularly necessary in a country with the geographical characteristics of Mexico, as María de los Ángeles Mendieta stated during her talk. Indeed, the water resources situation in Mexico is of concern because of distribution issues. Furthermore, the water volume under concession contracts amounts to 89,351 million m per year, divided into agricultural uses (75.8%), public uses (14.7%), industrial uses (4.9%) and thermal power stations (4.6%).

Concerning the institutions in charge of water management in the country, management is mostly in the hands of CONAGUA, although there are more than 3,500 water entities. In regard to investments, the current portfolio comprises 715 projects, of which 41 are planned for 2021, with a budget of 403 million euros. More than 40% of those funds, she noted, are allocated to drinking water, 30% to irrigation, and 20% to flood protection. In addition, María de los Ángeles Mendieta discussed priority water projects for Mexico for the period 2021-2024, including the desalination plant and comprehensive management enhancement in Los Cabos, with a total investment of 75 million euros. Another project is the La Paz desalination plant, with a concession period of 20 years and a total investment of 35 million euros. Regardless of any future projects, she pointed out that “many projects lag behind because of insufficient public resources, so it is important to open up to other sources of investment”.

In her talk, María de los Ángeles dedicated a few minutes to discuss the COVID-19 pandemic, saying that “there has been an increase – between 30% and 40% – in the population’s water demand. But revenues from bills have dropped up to 50%”. She therefore warned about “consequences for collecting entities” in the short term, such as increased debt owed to suppliers and public services, reductions in the number of employees, deterioration of infrastructure, and lack of investment to expand coverage.

Finally, during the question period at the end of the session, María de los Ángeles highlighted that the Mexican government “would have to reassess its economic strategy for the next year”. “I would like to see an increase in coverage and water investments, to accelerate the achievement of the SDGs”, she said. 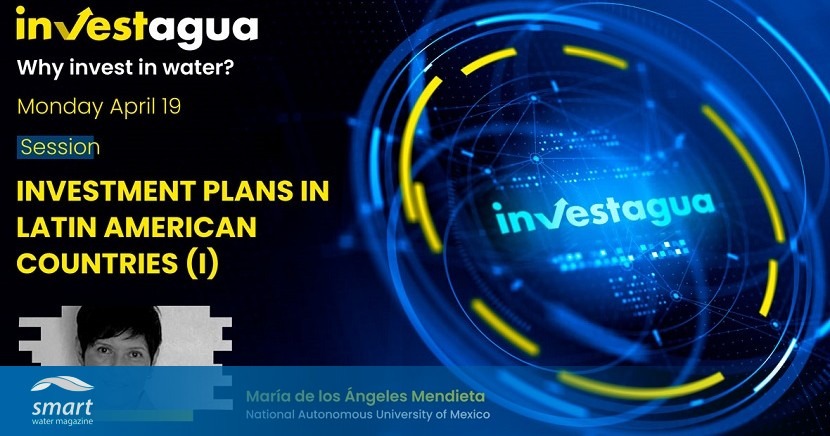