Leak at wastewater reservoir leads to evacuation in Florida


A breach in an old phosphate plant reservoir has prompted Florida officials to order the evacuation of about 300 homes in the Tampa Bay area, reports AP.

After the reservoir began leaking in March, the Florida Department of Environmental Protection (DEP) authorised controlled discharges to prevent the build-up of pressure in the system. However, last Saturday a possible imminent breach in the reservoir prompted the declaration of a state of emergency to ensure adequate resources to respond to the incident.

Manatee County officials said a breach could release 340 million gallons of water in minutes, flooding this primarily agricultural area with low population density. Florida Governor Ron DeSantis said crews were working to prevent the collapse and avoid a “catastrophic flood”. Thousands of gallons have been pumped per minute to bring the volume of the reservoir down.

The reservoir is at the old Piney Point phosphate mine. It sits in stacks of phosphogypsum, a solid radioactive by-product from manufacturing fertilizer that contains small amounts of naturally occurring radium and uranium. According to the DEP, the water in the reservoir is primarily salt water mixed with wastewater and storm water. It has elevated levels of phosphorous and nitrogen and is acidic, but not expected to be toxic.

County officials said well water in the area is not affected and there is no threat to Lake Manatee, the area’s primary source of drinking water. The DEP is monitoring water quality in the reservoir, including radiological, and has concluded the water is not radioactive. Water quality monitoring is also ongoing at locations around Port Manatee and the adjacent coastline to detect any changes in baseline water quality status.

The water running out on its own goes to Piney Point creek and ends up in an aquatic preserve in Tampa Bay. Excess nitrogen in the wastewater could cause algal blooms and lead to fish kills. The DEP has said it is working to deploy innovative technologies to remove nutrients from the water in the reservoir prior to its release to prevent or minimise algal blooms.

The phosphate fertilizer industry generates large amounts of radioactive phosphogypsum that pose disposal and environmental problems. It is stored in waste piles called gypsum stacks, while very high volumes of acidic process water are stored on top of and in the stacks, inlined impoundments. Worldwide, the International Atomic Energy Agency estimates that the amount of phosphogypsum stored in stacks will reach 7-8 billion tonnes by 2025.

There are at least 70 gypsum stacks across the United States and about 27 in Florida. In fact, Florida’s phosphate deposits are the basis of an $85-billion industry that supplies three-fourths of the phosphate used in the United States. But that is not without a share of environmental issues. In 2006, more than 200 million gallons of contaminated wastewater leaked into a Florida aquifer after a sinkhole opened in a pond of a phosphogypsum stack, at another fertiliser plant in Florida.

And the facility at Piney point has caused problems for decades. Florida’s Commissioner of Agriculture and Consumer Services Nicole Fried has requested remediation actions be discussed by the Florida Cabinet, pointing to numerous human health and environmental disasters and incidents caused by the mining operation for more than 50 years. Meanwhile, the DEP has said it will hold the current site manager HRK accountable for this incident. 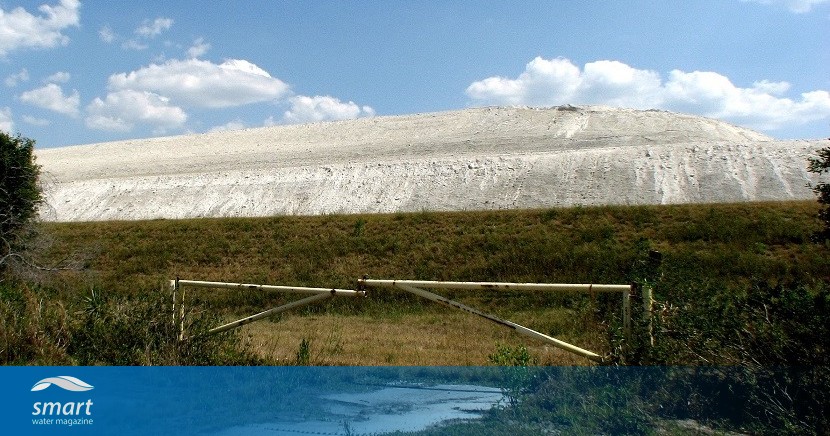