Many miles of streams and rivers in the United States and elsewhere are polluted by toxic metals in acidic runoff draining from abandoned mining sites, and major investments have been made to clean up acid mine drainage at some sites. A new study based on long-term monitoring data from four sites in the western United States shows that cleanup efforts can allow affected streams to recover to near natural conditions within 10 to 15 years after the start of abatement work.

The four mining-impacted watersheds—located in mountain mining regions of California, Colorado, Idaho, and Montana—were all designated as Superfund sites under the Comprehensive Environmental Response, Compensation, and Liability Act (CERCLA), which helps fund the cleanup of toxic-waste sites in the United States. They are among the few acid mine drainage sites where scientists have conducted extended studies to monitor the effectiveness of the remediation efforts.

“The good news from them all is that Superfund investments can restore the water quality and ecological health of the streams,” said David Herbst, a research scientist at UC Santa Cruz and coauthor of a paper on the new findings to be published in the June issue of Freshwater Science, now available online.

For the past two decades, Herbst has been monitoring streams affected by acid mine drainage from the Leviathan mine in the central Sierra Nevada. The new study developed out of discussions he had with other scientists involved in long-term studies of similar sites.

“There are not many of these long-term studies of impacted watersheds, and by combining our data we could identify the common threads of recovery between these different sites,” Herbst said.

To assess the recovery of aquatic life in streams and rivers severely polluted by the abandoned mines, the researchers combined data from long-term monitoring over periods of 20 years or more. They used aquatic insects and other diverse invertebrate life (such as flatworms and snails) as indicators of the restoration of ecological health, with nearby unpolluted streams serving as standards for comparison.

Even with differing mixes of toxic metals and different treatment practices used to control the pollution at each site, the studies documented successful recovery to near natural conditions within 10 to 15 years. Much of the recovery was rapid, occurring within the first few years of treatment.

“These promising results and shared paths suggest that even daunting environmental problems can be remedied given the effort and investment,” Herbst said.

The research also revealed that the sites shared common responses despite differences in the species of aquatic life occurring across this broad geographic region. Shared feeding habits, patterns of development, and behavioral characteristics unified how stream invertebrates responded to the alleviation of metal pollutants.

Species with traits such as feeding on algae, long life cycles, and clinging to the surfaces of stones became increasingly common as toxicity declined over time. Species that were more prevalent when metal concentrations were higher had traits such as rapid development, short life cycles, feeding on deposits of organic matter, and an ability to escape quickly off the bottom by drifting into the flow of water.

A few kilometers downstream from the mine, significant recovery of water quality and aquatic life has occurred since remediation of acid mine drainage.

The species most sensitive to toxic metals are the mayflies, stoneflies, and caddisflies. Across all streams, the loss of these sensitive insects occurred at a toxicity level predicted by lab bioassays based on the combined levels of the toxic metals present.

“The convergence of these responses across streams and at a level consistent with how water quality criteria are established lends support to guidelines established for what chemical conditions are protective of stream and river ecosystems,” Herbst said.

The additive toxicity of the metals present determined the response to pollutants, he noted, showing that water quality standards should be based on combined metals present rather than singly for each metal. In other words, even if a metal is below its toxic level, when it is present with other metals the combined effect may exceed the tolerance of aquatic life.

“It is vital to account for this factor in how water quality standards for metals are applied,” Herbst said.

The other coauthors of the study are William Clements at Colorado State University in Fort Collins, Michelle Hornberger and Terry Short at the U.S. Geological Survey in California, and Christopher Mebane at the USGS in Idaho. 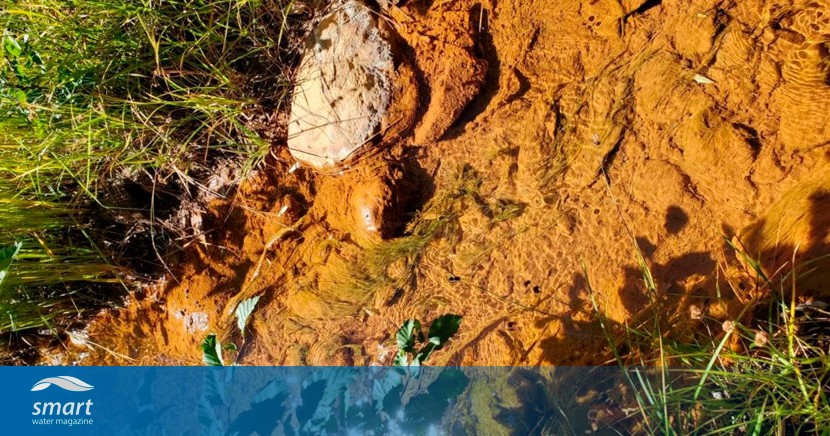