Egypt and Sudan currently claim absolute control of Nile water resources. The two states – handed the rights in colonial treaties with the British – have resisted subsequent attempts by the Nile basin states to produce new agreements. But Ethiopia defied the old treaties and built its Grand Renaissance Dam on the Blue Nile. The dam started operations on 20 February 2022, despite protests from Cairo and Khartoum. Legal scholar and economist John Mukum Mbaku answers five questions about the embattled project.

Rivers originating in the Ethiopian highlands, which include the Blue Nile (Abay), provide more than 85% of the water that flows into the Nile River. The rest of the Nile’s waters come from the White Nile, which flows from the Great Lakes Region of Central Africa.

Since the 1920s, Egypt has, through colonial-era treaties, established near-total control of the Nile. The 1929 Anglo-Egyptian Treaty estimated the average annual flow of the Nile as 84 billion cubic metres (BCM). It allocated 48 BCM to Egypt and four BCM to Sudan. The 1959 Nile Treaty increased Egypt’s portion to 55.5 BCM (66% of Nile waters) and Sudan’s to 18.5 BCM (22%).

The rest, 10 BCM or 12% of Nile waters, was set aside to account for seepage and evaporation. This effectively exhausted the Nile’s annual flow. The rights of Ethiopia and the other upstream states were not recognised. These states were not allocated any of the Nile waters.

The treaties also granted Egypt and Sudan the power to veto construction projects on the Nile and its tributaries.

Over the years, Ethiopia and the other upstream states have been frustrated over the monopolisation of the Nile waters by Egypt and Sudan.

In the 1990s, the Nile basin states, including Egypt and Sudan, started to develop the Cooperative Framework Agreement to serve as a basin-wide legal and institutional framework for governing allocation and utilisation of Nile waters. But Egypt and Sudan refused to sign it, arguing that it didn’t recognise their historically acquired rights.

Ethiopia signed the agreement and in 2011 announced its decision to build the Grand Ethiopian Renaissance Dam on the Blue Nile. The dam is about 40 kilometres east of Sudan.

Ethiopia has argued that the dam will actually benefit the downstream countries by smoothing variations in water flow and increasing water availability during low-flow months. This will enhance the ability of dams in Sudan to generate electricity. Ethiopia also argues that the dam will reduce damage from floods and that Sudan will be able to purchase electricity generated by the dam.

But there is a possibility that water flow to the downstream countries might be negatively affected during the filling of the dam’s reservoir. Egypt and Sudan have insisted that the three states should agree on how this would work before Ethiopia can proceed with filling.

Unfortunately, the negotiations – some of which have been observed or mediated by the African Union, as well as the US Treasury Department and the World Bank – have failed to produce an agreement.

Egypt has blamed Ethiopia for the stalemate. But many scholars cite the colonial-era treaties as the reason for the impasse.

Egypt and Sudan want their “historically acquired rights” to be the baseline for all negotiations about the dam. But Ethiopia considers that unfair and unreasonable, and not in line with the Declaration of Principles adopted by all three countries in 2015.

Ethiopia began filling the reservoir in 2020. So far, filling does not appear to have imposed any significant harm on the downstream states.

When it is completed, the dam’s reservoir will have a storage capacity of about 70 billion cubic metres. Its main function is to produce electricity. As of 20 February 2022, when Ethiopian prime minister Abiy Ahmed officially inaugurated the dam, it was 84% complete, with 18.5 billion cubic metres of water in its reservoir.

Ethiopians are currently using waste and biomass as the primary sources of energy. Currently, over 60% of Ethiopians do not have access to electricity. The dam has the potential to transform development in the country. It will provide households, especially those in rural Ethiopia, with clean and affordable energy.

The electricity could transform the agricultural sector, bring industry and manufacturing to underdeveloped regions and reduce deforestation. It could also revolutionise education and bring the internet to rural areas.

Ethiopia is expected to export its excess electricity to its neighbours, including Sudan. The dam has become a symbol of national pride to Ethiopia as it struggles to emerge from a past filled with economic and political dysfunction.

The Grand Ethiopian Renaissance Dam was estimated to cost around US$5 billion on completion. It has been argued that Egypt frustrated Ethiopia’s ability to access international finance and forced the country to depend on “crowd funding” for the project.

In the end, Ethiopia raised the funds from Ethiopians at home, Ethiopians in the diaspora and a US$1 billion grant from the Exim Bank of China.

Work on the dam was initially scheduled to take five years. The completion date has been moved to 2023. In 2020, the dam’s construction chief indicated that construction was likely to cost Ethiopia double what it had estimated when work began in 2011.

But many Ethiopians see the dam as the most important public investment in the country’s history and remain quite supportive.

It is likely that the country will be able to recoup some of the cost overruns by selling excess power to other Nile basin states. 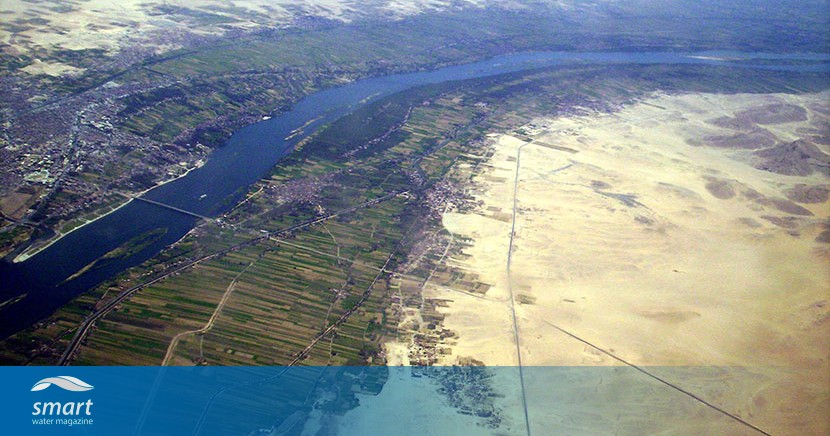