Preparing for drought in the world’s most water-stressed region


The pandemic aside, the past year saw natural disasters on an unprecedented scale bringing misery and millions of dollars of destruction across the globe. Wildfires raged across the western United States, while a hyperabundant summer monsoon brought floods and economic loss to much of southern China.

Scientific assessments link the increased intensity of these extreme events to human-induced climate change. But climate change brings other impacts that do not grab headlines. Rains that are weeks late, until they finally arrive and are too sparse and the growing season too short to harvest a normal crop. Too little water can do as much damage as too much.

Agriculture, which uses 70% of global fresh water, is the most obvious victim of drought, but it is enmeshed in a complex nexus of interdependent sectors. Urbanization and economic development depend on water too, and because changing water regimes have far-reaching consequences in each sector, the management of water resources is becoming more vital and more difficult.

About one-third of the world’s population lives in places subject to water scarcity, and droughts are a natural part of the water cycle in many places. In the Middle East and North Africa (MENA), the most water-stressed region in the world, drought is an ever-present threat. Even a small fall in the availability of water threatens aspects of daily life, and drought multiplies existing threats, amplifying tensions within the region.

Climate change will make droughts more frequent and perhaps more severe. Proactive drought management is more effective and less expensive than crisis-led responses, which is why better planning and preparedness are vitally important.

We can no longer rely on the past as a guide to help us plan for the future. As water managers learn to contend with the new normal, they need better models and tools.

The International Water Management Institute (IWMI) has been leading a USAID-funded project to deliver the basis for improved planning.

In Jordan, Lebanon and Morocco, the MENAdrought project has brought together experts in water management, modelling and remote sensing, water planning and others to provide policymakers, water managers and engineers with the training, data, tools and planning skills they need to cope with future water shortages.

MENAdrought rests on three pillars: monitoring and early-warning systems; impact and vulnerability assessments; and elevating the importance of drought mitigation, response and preparedness.

IWMI partnered with the US National Drought Mitigation Center at the University of Nebraska-Lincoln to adapt their drought monitoring system to local conditions. Crucially, national partners were involved in the process so that they can make use of satellite data locally while sustaining the effort and improving the modelling for their specific needs.

A crucial planning tool is an Enhanced Composite Drought Index (eCDI), which takes observations from satellites, along with locally specific historical data, to enable evidence-based choices. The eCDI, plus newly developed artificial intelligence (AI)-enhanced seasonal rainfall forecasting, gives scientific guidance for when to declare a drought and when to trigger emergency relief. The geographical specificity and local accuracy of the eCDI means that early mitigation can be directed to areas in greatest need, forestalling greater problems later on.

Throughout the project, an overriding concern has been to ensure close cooperation of water utilities and various government departments responsible for sectors such as agriculture, health and industry. As a crucial element in the entire water-food-energy nexus, integrated management is essential for water and food security. Our work with MENAdrought has shown that proactive, evidence-based drought decision-making can make a difference, with results that will be valuable far beyond the Middle East and North Africa. 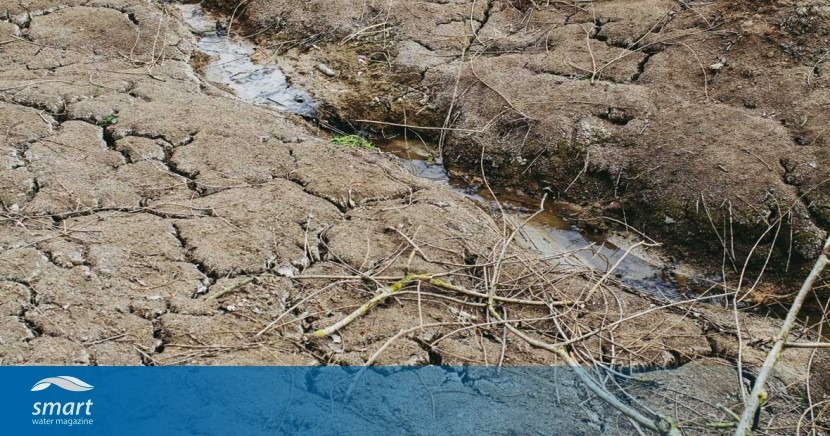