Sciens Water Management announced the appointment to its Advisory Board of Seth M. Siegel, one of the foremost experts in the water industry and an award-winning writer, lawyer, activist, and serial entrepreneur. Through his New York Times bestseller Let There Be Water: Israel’s Solution for a Water-Starved World and most recently though Troubled Water: What’s Wrong with What We Drink, he has established himself as one of the world’s leading water thought leaders and an advocate for sustainable solutions to fix the greatest water challenges in the U.S. and around the world.

“I’ve watched the Sciens team over the last several years and have been impressed with its understanding of critical water issues while developing actionable investment strategies that can solve these problems within a reasonable time,” said Siegel. “I look forward to partnering with Sciens in identifying and solving these key water issues. For Sciens Water Management and its investors, this focused problem solving is also good business, and I hope it will be a model for others.”  Alexander Loucopoulos, a Partner at Sciens Water Management, said, “We are thrilled that a leading voice for U.S. water issues has joined the Sciens family. Seth’s deep water sector knowledge, business, and policy experience will be extremely supportive in helping drive real solutions to many of the existing water problems.”

Seth is the author of the award-winning, critically acclaimed New York Times bestseller Let There Be Water: Israel’s Solution for a Water-Starved World, which is now in print or production in 20 international editions and available in more than 50 countries. His recently published, Troubled Water: What’s Wrong with What We Drink, sets forth an ambitious agenda for a fundamental rethinking of America’s drinking water system. Seth’s essays on water and other issues have appeared in The New York Times, The Wall Street Journal, the Los Angeles Times, the Washington Post, and in leading publications in Europe and Asia. His newest book, Other People’s Words: Wisdom for an Inspired and Productive Life, comes out this May, and is a compendium of Seth’s lifelong quotations collection, organized by theme to help the reader address a wide range of life issues.

He is a Senior Fellow at the University of Wisconsin’s Center for Water Policy and is also a member of the Council on Foreign Relations. Seth has spoken on water issues around the world and at nearly 400 venues in 68 cities, 26 states and on four continents. Among the places he has spoken include the US Congress, the United Nations, the World Bank, Davos and at Google’s headquarters, and on more than 50 college campuses, including Harvard, MIT, Princeton, Yale, and Stanford. He is a graduate of Cornell University and the Cornell Law School, and he was a graduate student in international relations in Jerusalem. In recognition of his work on water issues, Seth is the recipient of an honorary doctorate from Nova Southeastern University, in Florida.

Seth is the co-founder of several companies, including Beanstalk, the world’s leading trademark brand extension company, which he sold to Ford Motor Company. Seth sits on the board of several not-for-profit organizations. All royalties from sales of Seth’s books are donated to charity. 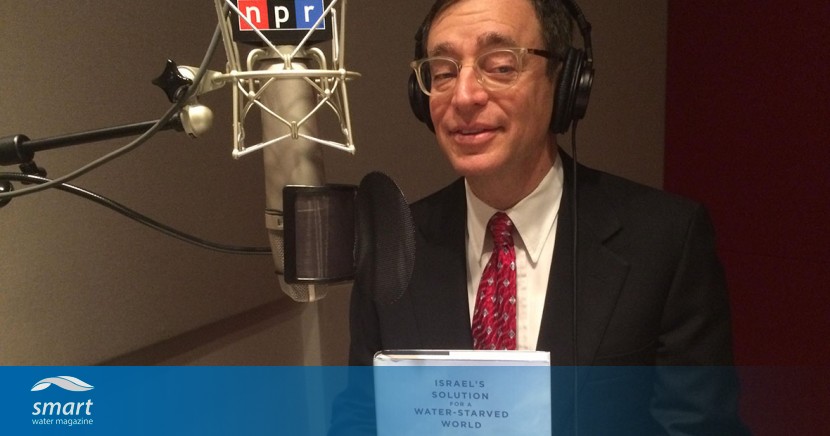