The Saudi Water Partnership Company (SWPC) has announced the preferred bidder for the Jubail 3B Independent Water Project (IWP) is a consortium of Engie (France) with local companies Nesma and Alajlan, informs Energy & Utilities.

The Jubail 3B IWP, a reverse osmosis desalination plant to be located south of Jubail City, will have a capacity of 570,000 m/day and will serve Riyadh and Qassim with potable water. According to the SWPC, the project will include storage tanks with a capacity to store one day’s production and in-house solar power to reduce the power consumption from the grid.

In November 2020, four companies/consortia submitted bids for the project, namely:

The deadline to submit bids for the Jubail 3B IWP was extended several times last year due to travel restrictions stemming from the pandemic. The Jubail 3B desalination project was initially part of a larger concept for an integrated water desalination and power plant, Jubail 3, that was later divided into two IWPs, Jubail 3A and Jubail 3B. A consortium led by AWCA Power was selected as the preferred bidder for the Jubail 3A IWP in March 2020, after which a water purchase agreement was signed with the SWPC with an investment value of USD 650 million and a capacity of 600,000 m/day. 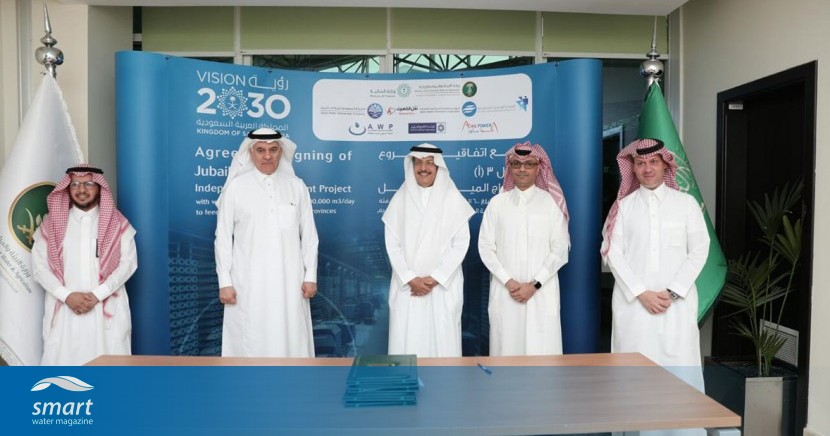