An ambitious project has been launched to monitor bacteria in Oxford’s rivers – alongside live alerts of sewage discharges from six popular bathing locations and a £26million upgrade of the city’s sewage works.

Oxford Rivers Project is a joint initiative between Thames Water, Thames21, The Rivers Trust and Oxford City Council which aims to reduce the impact of sewage pollution and make the city’s popular recreational river sites safe to swim or play in, as well as enabling wildlife to thrive.

Project representatives and citizen scientists will collect water samples from 18 river locations across Oxfordshire each month before sending it to Thames Water’s labs where they will be tested for sewage-linked bacteria.

The results will contribute to an application for designated bathing water status at one of the city’s popular recreational spots, such as Port Meadow. If the application is successful, consistent water quality monitoring would be required at the site to ensure that it consistently meets public health standards.

Alongside the citizen science monitoring, the campaign will be helped by real-time alerts of sewage spills from six locations near Oxford to help river users like swimmers, kayakers, or anglers make informed decisions about their safety. The alerts will initially be live tweeted via @oxfordthamessewage – a public subscription service will be made available at a later date.

Richard Aylard, Thames Water’s sustainability director, said: “Discharges of untreated sewage are unacceptable to us, our customers and the environment, and we will work with the government, Ofwat, the Environment Agency and others to accelerate work to stop them being necessary.

“Our business plan for the next five years includes an unprecedented amount of investment, much of it directed towards safeguarding the environment. We have a long way to go and we certainly can’t do it on our own – but the ambition is clear. Our aim will always be to try and do the right thing for our rivers and for the communities who love and value them.

“That’s why we’re delighted to be part of the Oxford Rivers Project which will help people make informed decisions about taking to the river by providing information about one of the causes of bacteria in the water.

“We’re also investing £26 million in Oxford Sewage Works to improve capacity, making it much less likely untreated, but heavily diluted wastewater, will overflow into the river after heavy rainfall.

“The work will also improve even further the quality of the clean water – known as final effluent – put back into the river at the end of the treatment process.”

Members of the public can get involved by signing up to hear about volunteering opportunities, including the WaterBlitz on June 18, which will give a picture of water quality across the whole of the upper-Thames catchment over a 24-hour period. Volunteer training will take place on April 23.

Tim Harris, of The The Rivers Trust said: “We know from the monitoring of sewer storm overflows that untreated sewage discharges are a significant source of pollution in our rivers, but there has been no routine monitoring of bacteria levels in rivers in the UK, This project is going to be crucial in filling that data gap and helping recreational river users to make a more informed decision about when and where it is safest to enter the water. The evidence gathered will also help us better understand the sources of pollution, which is the first step to tackling the problem in partnership.”

Ned Wells, co-founder of the End Sewage Pollution mid-Thames group, said: “The level of sewage pollution in the upper Thames is absolutely unacceptable, both for the wildlife and for all the people who use the rivers here. Thames Water providing water testing and alerts of sewage spill alerts is a great start to cleaning up their act. We welcome working with them and the other partners to protect and improve our rivers.”

Oxford city councillor Linda Smith said: “Oxford City Council is really excited to be supporting this project. Thousands of people use the rivers in the city for recreation, exercise and relaxation every year, so the water quality needs to improve. We’re looking forward to using this data to apply for designated bathing water status in the city.”

John Bryden, head of improving rivers at Thames21, said: “We’re delighted to support the Oxford Rivers Project, along with other partners, with the aim of establishing this stretch of river as a bathing water site. We can’t wait to help the local community collect vital data on their river’s health. If successful, this approach could be replicated by communities to help other stretches of the Thames and its tributaries reach better health.” 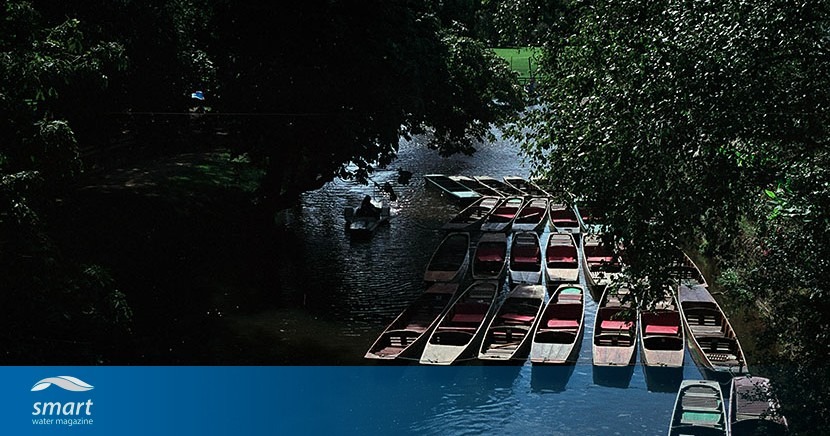