The Agricultural Goldmines of Deserts

Yet, deserts are a source of livelihood for millions of people. But the food systems and agrobiodiversity of deserts are under threat, which is where ICARDA comes in.

“Many innovative technologies used in desert environments, such as net houses, hydroponic and drip irrigation systems, have increased the productivity of crops while decreasing water and energy use,” explained Dr. Jacques Wery, ICARDA’s Deputy Director of Research.

“By integrating these technologies with local knowledge, and including stakeholders from the public sector, the private sector, the value chain, and the farmers themselves, the impact is far greater than any individual intervention,” he added.

Forty-four percent of the world’s food, including half its livestock, is produced in the dry areas. Of the 2.7 billion people that live in the drylands, it is estimated that about 40 million live in deserts that typically receive under 100mm of rainfall a year.

For many countries in these regions, desert farming is the only source of food production and employment in agri-food systems.

But despite these threats, decades of research and technological development have meant that desert agriculture is no longer confined to isolated patches such as oases and has made great strides forward.

In many places, agriculture has expanded to marginal and degraded desert lands that were previously considered unfit for food production.

The leap in desert agriculture is largely due to an effective portfolio of protected agriculture technology and practices developed by research centers like ICARDA, part of CGIAR, the world’s largest agriculture research network, and driven by commercial interests of the private sector.

The expansion of desert farming, which encompasses horticulture production, date palms, irrigated forages, rangeland rehabilitation, protected agriculture, livestock, and fish production, has also been spurred by the willingness of many countries, states, and governments to create supportive policies that encourage desert farming to help reduce their reliance on food imports, and to promote added-value products for export such as organic produce.

But given the lack of rain, growing trees or crops in the desert and raising livestock can only occur if water is pumped from aquifers for irrigation, making it the critical variable of desert agriculture and by far its most significant challenge. In some areas, the only available water is non-renewable or too saline for direct application onto crops.

As a result, any development of desert agriculture must include well-planned, sustainable groundwater management.

To ensure its sustainability and resilience and maximize socio-economic impacts, desert farming should be designed and managed as a long-term and complex integrated agricultural system.

Many components interact within this system, and facilitation mechanisms among these components build resilience and efficiency. These can be straightforward, such as planting trees to reduce soil erosion by winds, as well as crops’ evapotranspiration. Or they can be more complex such as introducing the concept of circular economies to recycle the nutrients between fish, crops, livestock, and soil.

IDFS integrate different technologies, including activities at the farm and community levels, to create additional synergies like reducing water and energy use. IDFS also combine objectives of job creation, nutrition, and resilient livelihoods with improved value chains and better social policies that encourage and facilitate the inclusion of women, youth, and displaced communities.

To be fully functional, ICARDA’s Integrated Desert Family Farming System must rely on three pillars: the public sector (and funding) to develop the research component, the private sector (perhaps as public-private partnerships) for suitable technology design and profit-driven scale-up, and the vital know-how of desert communities to make sure the innovation packages are tailored to specific settings.

When these pillars are in place, in the face of intensifying climate change, ICARDA’s Integrated Desert Family Farming System:

Creates flexible and sustainable water and land management systems that incorporate increasing salinity. Due to recent research and technology, saline water can now be used for aquaculture and desalinated for crops, particularly on hardy rangeland species, cacti, and trees, including date palms.

Promotes intercropping where crops and trees are grown together to create shade and windbreaks for better microclimate conditions for growth, increasing other crops’ heat and drought tolerance.

Protects and enriches the soil with organic matter and microorganisms and improves water holding capacity by integrating livestock and fish in the system, supported by bio-symbiotic enhancement technologies, forages, and climate-smart crops able to produce in hot and water-scarce conditions.

Combines heat-resistant crops such as sorghum and barley with water-saving strategies to significantly contribute to the impact and resilience of these integrated systems.

Replaces diesel with solar power as a source of energy for pumping groundwater and for desalination.

Recognizes the untapped potential of women and youth by creating job opportunities and improved access to agriculture and markets through programs such as value-added livestock products or by developing technologies for alternative feed resources from food, vegetable, and fruit waste to generate income.

Though seemingly barren and inhospitable, deserts can produce food, nutrition, jobs, and livelihoods for millions of people. But their potential is fast declining due to the ‘perfect storm’ factors listed above.

Under the umbrella of CGIAR, ICARDA’s combination of local knowledge, low-cost and suitable technologies, and improved value chains integrated into tailored Desert Family Farming System packages can protect the rich agrobiodiversity and culture of deserts while sustaining their productive food systems.

The science and results say that approaches like IDFS work.

The challenge is to convince funders, decision-makers, policymakers, and the farmers themselves. ICARDA and CGIAR have the tools and are constantly improving them. The question is how widely they will be used. 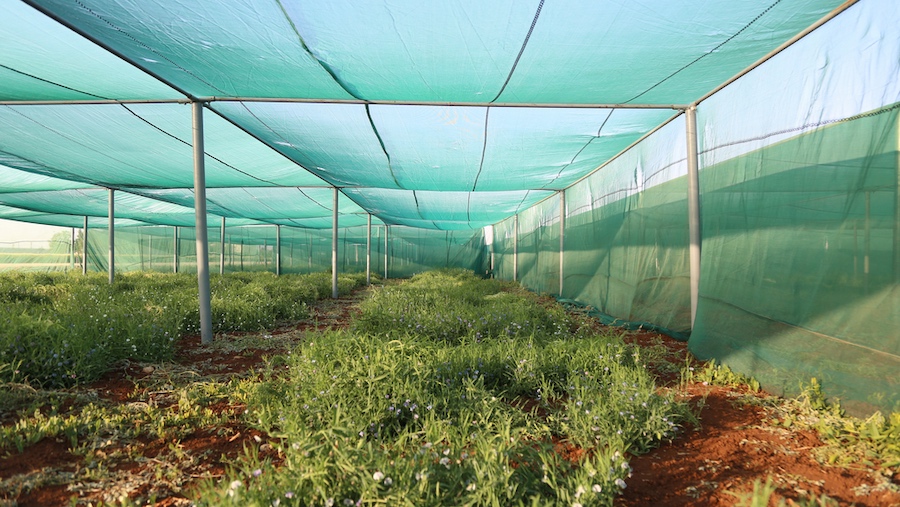