An unprecedented combination of strong easterly winds and low humidity coupled with prolonged drought conditions drove the spread of catastrophic wildfires in the Oregon Cascades last September, a new study has found.

“The individual wind and humidity conditions were rare but not unprecedented, but the combination of the two was,” said Larry O’Neill, an associate professor in OSU’s College of Earth, Ocean, and Atmospheric Sciences and a co-author of the paper. “And individually, they were some of the worst conditions we’ve seen since we began keeping records from instrumented data.”

The weather and fire forecasts for this coming summer are not looking particularly good, either, he said.

“The situation looks as bad or worse than last year,” O’Neill said. “Drought conditions have not recovered from last year, particularly in southern and eastern Oregon. Soil moistures remain low, and the vegetation fuel moisture has not recovered.”

Most large wildfires in western Oregon since 1900 have coincided with similar warm, dry summers and moderate or strong east wind events, said O’Neill, who is also the state climatologist with the Oregon Climate Service.

The findings reinforce the role compounding extremes may have when assessing wildfire hazard risks, O’Neill said. Understanding the meteorological and climate drivers of these kinds of fire events is important for management of forest lands and for recognizing the patterns and preparing for such weather events in the future, he said.

“Forecasters can look for that combination of easterly winds and extremely dry landscapes and know that the fire risk will be greater,” he said. “That could allow for some preparation to reduce fire risk.”

The findings were published recently in Geophysical Research Letters. The paper’s lead author is John Abatzoglau of the University of California, Merced. Co-authors are David Rupp of OSU’s College of Earth, Ocean, and Atmospheric Sciences and Mojtaba Sadegh of Boise State University.

The researchers’ collaboration began through conversations on Twitter as the fires were unfolding up and down the Oregon Cascades last fall, O’Neill said.

“The easterly wind event was so unusual, and it was so dry at the time,” he said. “We wanted to document and describe the large-scale weather patterns that were most relevant to the fires’ development and growth.”

They found that a series of climate and weather factors, including low humidity, high easterly wind speeds and extreme fuel dryness due to drought conditions in previous months enabled and drove rapid rates of fire spread in September.

Based on current climate models, it does not look like the frequency or severity of easterly wind events will increase in Oregon due to climate change. But forecasters expect that climate change will contribute to a trend toward increasing air dryness in late summer and early fall in the future, which is a cause for concern.

“As the climate warms, the atmosphere will have a larger capacity to pull moisture from soils and forest vegetation than it does now, which will increase the severity of droughts and dryness of potential fire fuels,” he said. “So when we do get these similar strong easterly wind events, those winds may be blowing over drier, more flammable fuels. The implication is that the fire risk throughout Oregon will probably increase significantly, and that we can also expect longer fire seasons, including in areas we typically think are not prone to extreme wildfire.”

O’Neill is now looking into the historical trends of the easterly winds in Oregon and seeing how they might line up with other high-impact weather events, including fires but also events like the February ice storms that downed trees and electrical lines and left thousands without power for days. 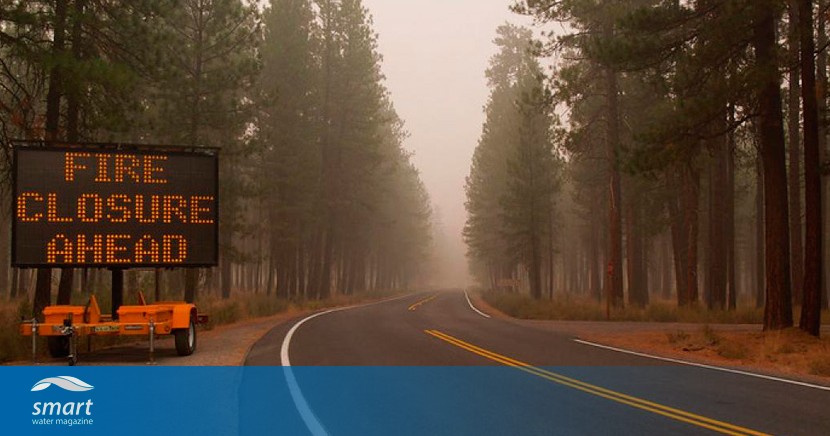