Floodwaters are not what most people consider a blessing. But they could help remedy California’s increasingly parched groundwater systems, according to a new Stanford-led study. The research, published in Science Advances, develops a framework to calculate future floodwater volumes under a changing climate and identifies areas where investments in California’s aging water infrastructure could amplify groundwater recharge. As the state grapples with more intense storms and droughts, stowing away floodwaters would not only reduce flood risks but also build more water reserves for drier times.

“This is the first comprehensive assessment of floodwater recharge potential in California under climate change,” said study lead author Xiaogang He, an assistant professor in civil and environmental engineering at the National University of Singapore who pursued the research as a postdoctoral fellow at Stanford’s Program on Water in the West.

Whether it’s rivers overflowing in the Central Valley flatlands, high-tide storms hitting lowland coastal areas, flash floods drenching southern deserts or impermeable concrete-laden cities pooling with water, California is susceptible to flooding. Alternately, looming droughts often raise concern about water supply, as diminished groundwater sinks land, contaminates drinking water and reduces surface supplies. These declining reserves also hamper climate resilience – during periods of drought up to 60 percent of the state’s water comes from groundwater and 85 percent of Californians depend on the resource for at least a portion of their water supply.

As climate change intensifies the severity and frequency of these extreme events, amplifying refill rates could help the state reach a more balanced groundwater budget. One practice, called water banking or managed aquifer recharge, involves augmenting surface infrastructure, such as reservoirs or pipelines, with underground infrastructure, such as aquifers and wells, to increase the transfer of floodwater for storage in groundwater basins.

“Integrating managed aquifer recharge with floodwaters into already complex water management infrastructure offers many benefits, but requires careful consideration of uncertainties and constraints. Our growing understanding of climate change makes this an opportune time to examine the potential for these benefits,” said senior author David Freyberg, an associate professor of civil and environmental engineering at Stanford.

The researchers designed a framework to estimate future floodwater availability across the state. Developing a hybrid computer model using hydrologic and climate simulations and statistical tools, the team calculated water available for recharge under different climate change scenarios through 2090. They also identified areas where infrastructure investments should be prioritized to tap floodwater potential and increase recharge.

The team found California will experience increased floodwater from both heavier rain patterns and earlier snowmelt due to warmer temperatures, under a narrowing window of concentrated wet weather. In particular, the Sacramento River and North Coast, along with the northern and central Sierra Nevada region, will see more substantial floodwater volumes. These deluges could overload current water infrastructure, such as reservoirs and aqueducts. However, if the region is standing ready with additional floodwater diversion infrastructure, such as canals or pipelines, it could maximize recharge potential and transfer more of it toward arid Southern California.

Future projections find unchanging or in some cases even drier conditions in Southern California. This widening divide is bad news for the region, which currently has greater groundwater depletion and recharge needs than its northern counterpart. This mismatch of water abundance and need reveals a profound challenge for recharge practices, in terms of moving high volumes of water from where it will be available in Northern California to where it will be needed southward.

The researchers also found recharge estimates for the San Joaquin Valley – one of the world’s most productive agricultural regions – could help restock a large portion of depleted groundwater aquifers. Sitting at the base of the Sierra Nevada mountains, this region will need to accommodate larger volumes of water both above and below the surface in order to maximize refill potential. Water managers will need to expand conveyance projects and reopen reservoirs there.

While climate impacts are the most dominant influence, the researchers point out that other factors, including infrastructure capacity, policy constraints, financial and environmental concerns must be jointly considered during the planning process.

The study’s framework is adaptable and scalable for managing drought, flood and depleted groundwater aquifers worldwide.

“At the global scale only 1 percent of groundwater recharge occurs from managed aquifer recharge,” said He. “This work can be applied to help other depleted aquifers, such as the North China Plain or India’s Upper Ganges, reach and maintain sustainable groundwater levels.” 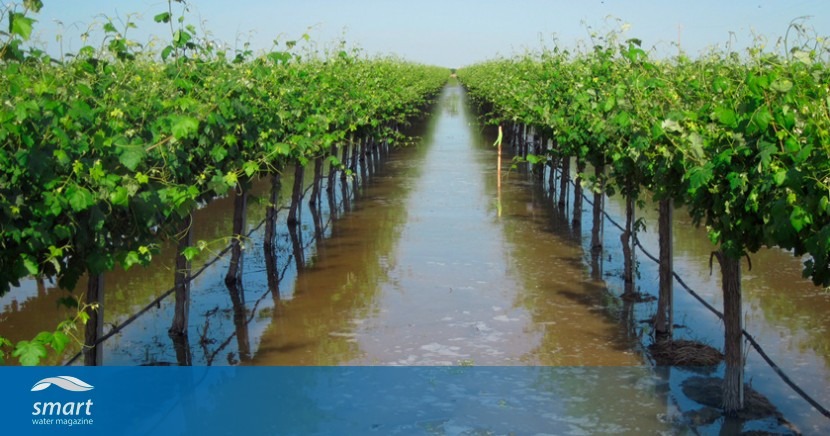