We must rethink the way we build along the St. Lawrence River


The St. Lawrence River is immeasurably rich. Draining a quarter of the planet’s freshwater reserves, it forms one of the largest ecosystems in the world.

Since time immemorial, its navigation has played a major role in the cultural, economic and social development of the continent. Today it is the main common heritage landmark of Indigenous people, descendants of the first European settlers and the newcomers inhabiting the region.

However, the privatization of its shoreline for residential, commercial and industrial purposes — the main driver of urbanization in eastern North America — continues to undermine future generations. Centred on a logic of exploitation that is exclusive to the richest, privatization causes significant ecological disturbance and considerable risk-management costs for the Québec government. Public access to the river is clearly inadequate.

The future of the river is in the hands of all citizens. We need a wide-reaching project that includes all those concerned: national, provincial and municipal governments, the scientific community, civil society, businesses, as well as the local and trans-local communities that live along the river. My colleagues and I have proposed a project, called Fluvialities, that meets the United Nations Sustainable Development Goals, as well as the principles of human rights and Indigenous Peoples’ rights.

Led by a group of researchers and professionals at the Université de Montréal, of which I am a member, the Fluvialities project of the UNESCO Chair in Urban Landscape brings together scientific and citizen knowledge to identify and implement concrete actions over the next decade, across the entire St. Lawrence watershed, but focusing more on inhabited areas near the banks of the river.

The project will develop a number of landscape and ecosystem design strategies, which address ecosystem integrity and sustainability. It also aims to re-examine constitutional, legislative and regulatory frameworks, as well as the social norms, that define our collective relationship to this vast expanse of water.

In recent years, climate change has increased the risk of flooding along the river and its tributaries, due to rising sea levels and increasing rainfall throughout the river basin. In an effort to reduce flood risks, riverbanks have been reinforced. But the stabilization techniques that protect private land and industrial sites from water level fluctuations reduce biodiversity and limit public accessibility.

If global temperatures continue to increase to 1.5 C or 2 C above pre-industrial levels, sea levels will also rise. Building residential neighbourhoods and industrial sites near shorelines puts many lives at risk from flooding, and could cause billions of dollars in property damage.

All municipalities along the river will be affected, either directly or indirectly, by rising water levels.

In addition, a phenomenal amount of debris and chemicals are spread by the flow, polluting not only the river ecosystem, but also the land and the groundwater in the catchment area. This accelerated process of riverbank erosion threatens a growing number of natural riverine habitats, promoting landslides and the release of toxic substances into the environment.

This is now well known among researchers and policymakers. However, despite excellent work to assess the many risks and propose development strategies to mitigate them, there is currently no project that has a long-term development vision for the entire St. Lawrence River.

It therefore essential that current and future knowledge on natural and human risks be implemented quickly. We must radically rethink our relationship with the St. Lawrence River habitat, from the Great Lakes to the Atlantic Ocean.

The first project of its kind in the world, Fluvialities, initiated in 2021-22, is part of an overall trend towards worldwide governance of major rivers.

We are inspired by such projects as “Switzerland: an Urban Portrait”, by Studio Basel, research on the metropolis of Lagos, Nigeria, led by Dutch architect Rem Koolhaas, the School of the Anthropocene, led by French geographer Michel Lussault, and Italian urban planner Paola Viganò’s vision for a horizontal metropolis.

These approaches echo a growing practice in the field of urban planning and landscape architecture. By tackling societal challenges on several levels, these disciplines are now generating solutions that benefit society and the environment while promoting economic development. Projects drawn from this knowledge are more likely to reach sustainability goals.

Through 2023-24, Fluvialities will be the subject of an initial consolidation phase. We aim to build a network of university researchers, non-profit organizations, representatives of local communities and companies concerned about the future of the river.

We expect to hold an initial public consultation on citizens’ aspirations in 2024-25. This is inspired by interactive democracy exercises on environmental issues recently conducted in France and the United Kingdom.

At the same time, we are building a digital atlas of the river’s scientific, social and cultural knowledge. These activities will include university and college teaching activities based on a research-creation approach where students participate in the process.

Educational teams of local and international experts will conduct planning and development workshops on different sections of the river as well as on comparable international contexts. 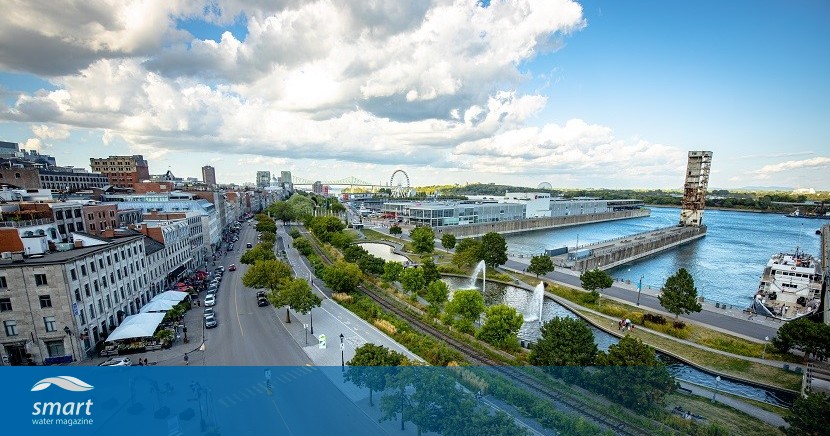