Why COP26 matters for the world’s rural dwellers: A conversation with Jo Puri


The world is warming because of human-caused fossil fuel emissions and the degradation of the natural ecosystems that absorb these emissions. The effects are becoming more and more evident across the globe.

In early November, scientists, civil society organizations, citizens and representatives of the world’s governments will meet in Glasgow for COP26, a climate summit hosted by the United Kingdom, in partnership with Italy. Here, countries will agree on plans to limit global warming and ensure that societies and economies can adapt to those changes that are now irreversible.

We caught up with climate scientist Dr Jo Puri, Associate Vice-President of IFAD’s Strategy and Knowledge Management Department, to ask her what the summit is all about and what she hopes will emerge from it.

COP26 is the 26th United Nations Climate Change Conference. It brings together the countries that are part of the UN Framework Convention on Climate Change, along with citizens, scientists, and representatives from business and civil society, to discuss the biggest challenge the world faces: the climate crisis caused by greenhouse gas emissions and the resulting devastation of communities and ecosystems.

But COP isn’t just for talking shop. It’s where countries make concrete commitments about what they’ll do to prevent uncontrolled climate change and to adapt to its effects.

COP26 is the most important meeting about climate change since COP21 in 2015, which resulted in the Paris Agreement. Back then, countries committed to keep the global temperature increase below 2° C and to try to limit it to 1.5° C. They also set up five-year review cycles to evaluate their progress.

COP26 is the first of those reviews. It also coincides with the release of the IPCC’s Sixth Assessment Report laying out the scientific evidence on climate change.

And the news isn’t great. Temperatures are rising faster than ever before, and will reach or exceed 1.5° C of warming within the next 20 years.

This warming is already having noticeable effects. If you live north of the equator, you know this first-hand, as every single region in the northern hemisphere was hit by extreme heatwaves in 2021.

With these and other effects happening so quickly, COP26 is our call to act. It may be our last chance to control runaway climate change and to prepare for the effects of warming on billions of people.

Also, COP26 is happening as we rebuild from the COVID-19 pandemic – just as we’re poised to rethink normal ways of working. This is our chance to work together for a global green recovery that takes into account the needs of marginalized people.

Nearly 3.2 billion people – almost half the world’s population – live in rural areas. They depend, directly or indirectly, on agriculture and food systems to make a living.

IFAD’s focus at COP26 is on the rural small-scale producers who supply half the world’s calories. If they can’t adapt to climate change, the world’s food systems will be in serious trouble.

That’s why they should be at the centre of climate change discussions, especially in terms of the investment needed to help them adapt. But right now, climate finance isn’t accommodating them. Somewhere between US$140 and US$300 billion a year is needed to help them become climate-resilient and sustainable, yet as of 2017/2018, only US$20 billion per year was tracked for agriculture, forestry and land use.

How does climate change affect these small-scale producers?

Then there are longer-term effects, such as changing rainfall patterns, glacial melt and rising sea levels. These change the amount and type of water available to producers and damage arable land. Tried and tested agricultural practices no longer work. Long-established fisheries change or collapse. The increase of carbon dioxide in the air is even causing the nutritional value of some staple crops to decline.

Many rural dwellers don’t really have the resilience, savings or safety nets to cope. When they experience such shocks repeatedly, they fall into hunger and poverty. They move out of farming altogether and migrate in search of new livelihoods. Food production falls, social patterns change.

This is why small-scale producers need the world’s attention, expertise and finances to adapt to and mitigate the effects of climate change.

How can small-scale producers contribute to combating climate change?

Small-scale farmers, fishers, pastoralists, and indigenous communities with their own traditional food systems are the custodians of the world’s natural resources.

Small-scale farms make up a fifth of the world’s farmland. Helping these farmers make their everyday routines more sustainable can play a big role in mitigation – for example, through agroforestry techniques that sequester carbon, or by saving water. Other efforts, such as switching to heat-tolerant crops, diversifying production, and actively tackling environmental degradation, can help food systems adapt and feed the world a nutritious diet – without harming the environment.

Empowering rural women is essential, too. Women are major contributors to rural economies, but because they’re less likely to be the decision-makers, their efforts often go unrecognized. Yet, studies have shown that women are more likely to use climate-smart agriculture techniques than men.

As the buzz around Glasgow picks up, at IFAD we’re spotlighting the rural dwellers who are the most vulnerable to the effects of climate change.

At COP26, we want to put small-scale producers and rural dwellers where they belong: at the heart of efforts to address the climate, biodiversity and humanitarian crises.

We want strong financial and policy commitments that support rural small-scale producers, recognizing both their vulnerability and their role in developing sustainable, climate-adapted and resilient food systems and mitigating climate change.

IFAD works in some of the toughest parts of the world. These are areas where poverty is vicious, and because there’s so little to go around and opportunities are so few, there are often emerging conflicts. These places need big changes to get people out of poverty and start restoring balance.

We are hoping that countries will commit to supporting these people against many of the vagaries they face: climate-driven conflict, weather-driven tumult, uncertain prices, missing markets. If countries are serious about reducing climate change and helping people deal with its consequences, they need to commit resources.

IFAD has supported climate-positive practices through its ASAP and ASAP+ programmes for almost nine years. Meanwhile, we’re innovating with renewable and digital technologies, and helping small-scale entrepreneurs aggregate their produce and reach big investors through our Private Sector Financing Programme. Among the big multilateral agencies, IFAD has one of the most credible and dependable data systems and a wealth of scientific knowledge for the rural poor. We are looking for donors and contributors to generously support these programmes.

We recognize that big problems need big solutions and ambitious commitments. And there’s no bigger problem than climate change. 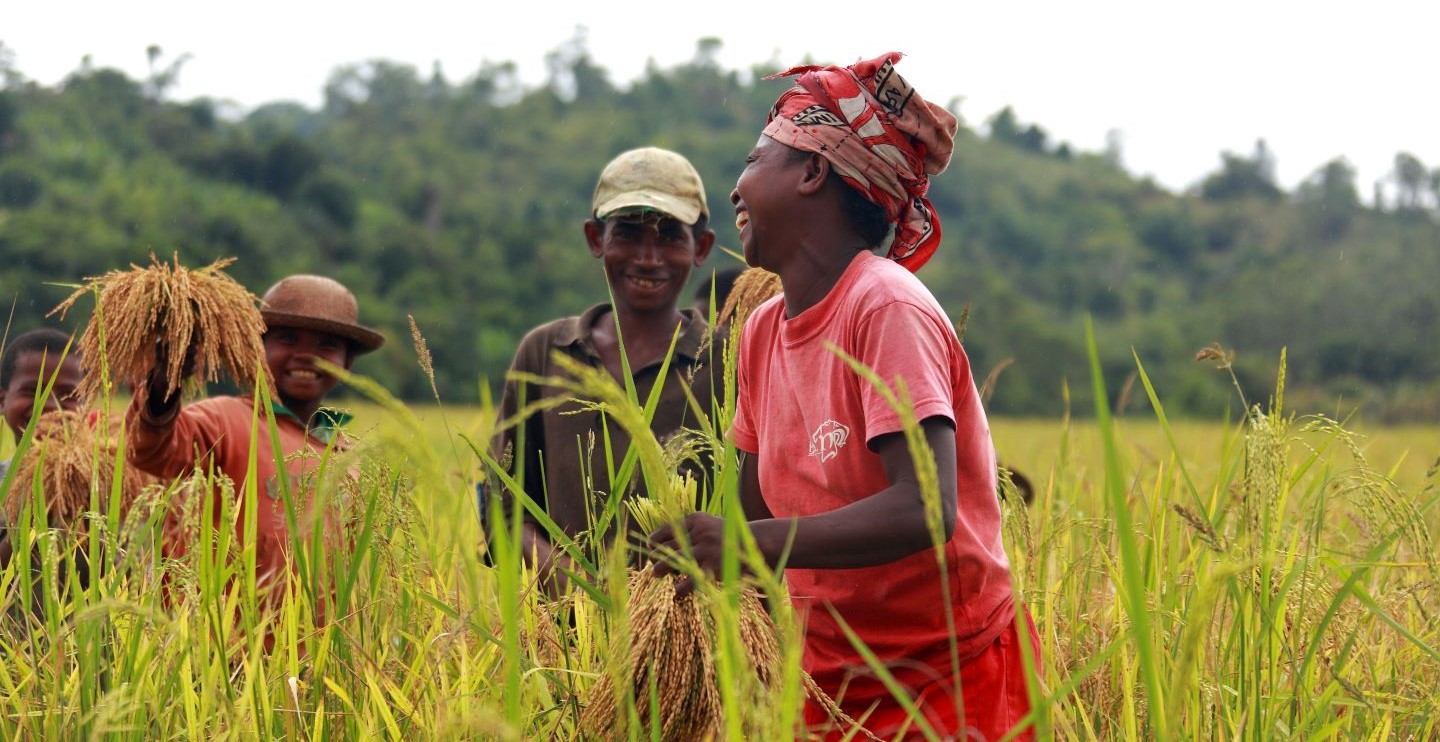